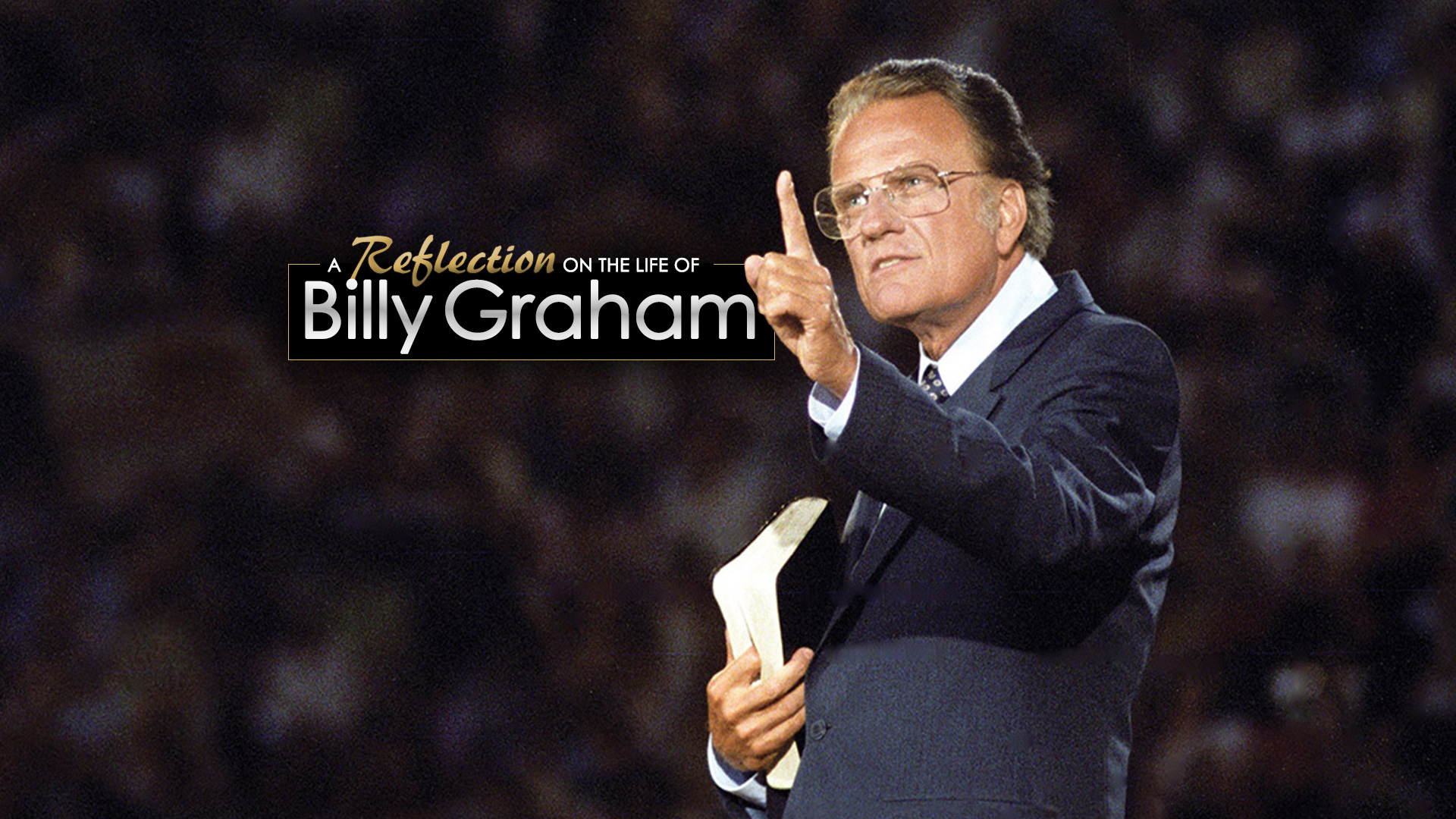 On February 21st two big events occurred in my life: I turned 60 years old and Billy Graham went to be with Jesus. Understand, I am not being presumptuous by referring to Billy Graham as part of my life. I did not know him. I never met him. Once I participated in a crusade and once I taught at the Cove, but I had no personal attachment to Dr. Graham, or his evangelistic association. I only admired him from a distance.

But I speak for every Christian who lived in the latter half of the 21st century in saying that Billy Graham was part of my life. He stood tall as a symbol and example. He represented biblical orthodoxy and pastoral purity to a young man desiring to live his life for Jesus. As a minister of the Gospel you could not help but have an affinity for Billy Graham. He was a hero of the faith.

The differences between my ministry and his are astounding. He preached to millions, I preach to hundreds. He spoke to nations, I pastor a local church. When he gave an invitation he assured his audience if they responded, the buses would still be there to take them to their car. When I have an invitation if anyone responds I will give them a ride home myself. But more than the differences, I have a lot in common with Billy Graham.

First, we are both evangelists. Certainly not on the same scale, but evangelists nonetheless. And every time I watch a Billy Graham invitation and see the inevitable stream of lost humanity come to meet their Savior it sends goose bumps up and down my spine. The courage and certainty in his voice puts my whimpering calls to shame. As an evangelist Billy Graham always emboldened me. I turned off the television remembering that the Gospel is still the greatest offer ever presented to mankind, and that the Holy Spirit still works mightily in our world.

Second, like every pastor Billy Graham was the Lord’s representative. And as such, he was careful of his reputation and witness. I was always conscious of the famous Billy Graham warning that there are three dangers facing every pastor – money, sex, and pride. And it inspired me that for a lifetime Dr. Graham was able to navigate around the temptations associated with all three.

And third, Billy Graham was a Southerner. It is fitting that this coming week his body will lie in repose in his southern home of North Carolina, before it lies in honor at our nation’s capitol. Billy Graham became a prophet to the nations, but like myself he was born a son of the south. And though he was raised in the cradle of racial prejudice, he understood that Christ is for all people regardless of the color of their skin. Billy Graham became a role model for every Gospel-centered, Southern preacher when in 1964 he brought his crusade to Birmingham, Alabama. He insisted on preaching to an integrated audience, and demanded his choir consist of whites and blacks. One newspaper editorial blasted him, and warned he would set the church back a hundred years. He responded, “If I only set the church back 100 years I have failed in my mission. I desire to set it back 2000 years!” The Southern prophet longed to see a repeat of the book of Acts where the spread of the Gospel and the move of the Spirit broke down racial barriers. In a day when most pastors had a closed mind and a calloused heart, Billy Graham had an open mind and a sensitive heart.

So on February 21st two big events occurred in my life. I turned 60 years old and in light of that monumental number I pondered the remainder of my life – where I might go, how I should finish, what I have left to do. But I rejoice that Billy Graham finished his race, and stands as an example to us all that it can be done well.