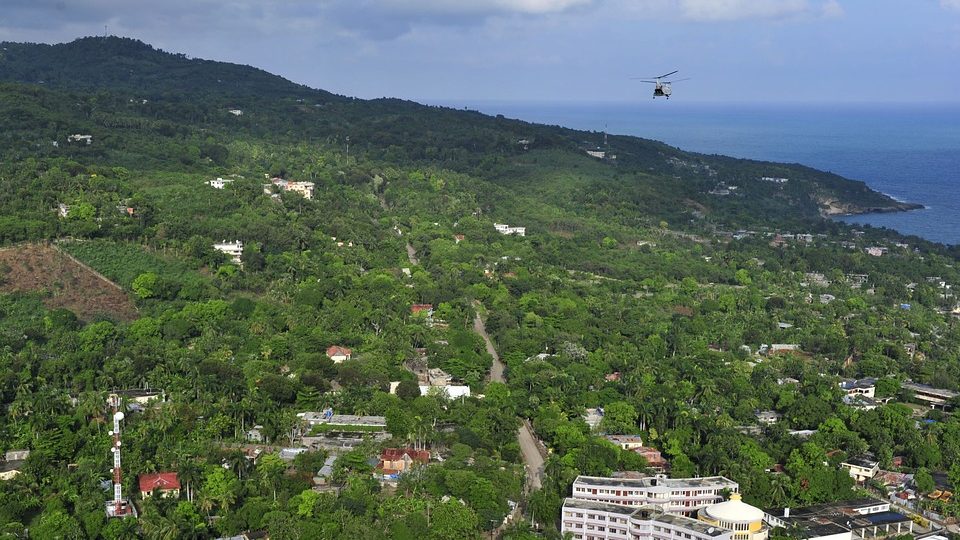 R ecently, I was invited to Haiti to teach at a pastors and leaders conference. Usually, I greet such an invitation with enthusiasm, but I have made the journey to Haiti many times, and it is never easy. Haitian life in general is hard. The title of this article is an oxymoron. A trip to Haiti is anything but a vacation.

I once spoke to a seasoned Calvary Chapel conference speaker who travels the world spreading God’s love. I respect him highly. He told me he was ready to go anywhere… except Haiti. He had been once in the past, and once was enough. I understood why. Missionaries who visit Haiti have stories to tell. The more you go there, the more likely you have an unpleasant story… some bad food and a bout with Montezuma’s revenge, a giant tarantula crawling across the floor, the nighttime serenade of voodoo drums. In Haiti you feel as if you are a mosquito bite away from nine months of debilitation. So yes, I was reluctant to go to Haiti.

Yet God spoke to my heart, “Sandy, you are eager to go when you get invited to Colorado Springs, or Southern California, or Lake Tahoe (vacations spots by comparison). Why are you not as excited about sharing My Word in Haiti?” I was busted, so I loaded my suitcase with cheese crackers and power bars, packed some mosquito repellent, mobilized the prayer warriors, and purchased a Delta ticket to Port Au Prince for no longer a period of time than was necessary. I was Haiti bound.

And as is always the case when I obey, I am so glad I did. I wish I had space to write of all the profound things the Lord spoke to me about during the few days I gave to Haiti, but two observations stood out. First, the Haitians themselves. It is amazing that in a country of such poverty, the people are a hopeful and vibrant lot. I was reminded the suicide rate in Haiti is zero. Though Haitians face the most abject conditions of any country in the Western Hemisphere their hearts brim with optimism. Haiti is a reminder that having stuff and being happy are two completely different subjects.

Second, I was impressed by the people God has sent to do His work in Haiti. The pastor of the Calvary Chapel Port Au Prince, Serge Poteau, could be living in the States enjoying the creature comforts that make my life so easy, but instead he lives in the orphanage the church runs that shelters abandoned kids.

I also enjoyed ministering alongside a Boston pastor who should be an honorary Haitian. It was Steve Coles’ fortieth trip, or some unbelievable number like that. While most Americans buy a timeshare in Florida, Steve’s heart takes him farther south for rest and relaxation. Love draws him to Haiti. Apart from Jesus it is impossible to understand why.

I stayed with a wonderful Haitian family who could be living stateside, but a mysterious calling keeps them in Port Au Prince. Kerline was once kidnapped by hooligans who hoped to trade her for a fat ransom. When she witnessed Jesus to them, they let her go. Her husband, Pastor Lesly, is a Christian apologist who is reaching the younger, educated crowd in Port Au Prince. He’s influencing the influencers. Pray that his work bears much fruit.

I also met a young Haitian pastoring the Calvary Chapel at Cap Haitian. Wow, would I like to bring Pastor Leo to America, and put him on staff at our Calvary Chapel, but he is serving a vital role in a place that desperately needs him.

Which leads me to the lady God used to speak to me the loudest. On my last day in Port Au Prince I visited the Baptist Mission, a ministry founded by Wallace and Eleanor Turnbull. On my trip I had given seventy-two hours of my life to the Haitians. The Turnbulls have given seventy-four years. Even though I stayed in one of the finest houses in Port Au Prince, was upgraded to first class on my flights to and fro, and ate food especially prepared for the American palate, I still would have said, “I was roughing it in Haiti.” But the Turnbulls have really done so. They came to the island in the 1940s. They raised three sons in Haitian schools. One of their boys is buried on the grounds outside the humble abode in which they live. Imagine the stories they could tell!

I had the opportunity to eat lunch with Eleanor. As we sat at the table a photo of her when she first arrived in Haiti hung in the background. At the time, she was a beautiful young lady in her twenties. Today, Eleanor is in her nineties. I was eating lunch with a little, old lady that age and hardship have wrinkled like a prune. She had given her best years, in fact her whole life, to an island I was reluctantly visiting for three days. That is why I asked Eleanor, “Do you recall when God first called you to Haiti?” She paused for a moment to measure her words; then replied, “God didn’t call me to Haiti, He called me to Himself. He called me to obedience.” Her answer caught me by surprise. She continued, “It wasn’t about the great things I could do in Haiti, it was about following Him. He wanted me with Him, near by.”

Eleanor said much more to me, but those are the words I will never forget. God used the rigors of Haiti to slow me down and check my motives. He used the dedication of folks more dedicated than me to soften my heart. And He used a grace-filled lady, seasoned by suffering, to speak to me and awaken a realization I had not contemplated in a while. Ministry is not about what we do, or how much, or where we do it, or even what we sacrifice. It really is about who we do it with! The point of all obedience is that Jesus wants us near by.

Samuel said to Saul, “to obey is better than sacrifice.” Sacrifice is about what I feel I am entitled to, but choose to give up. While obeying is about my love for the person who asks of me. To obey is to follow, and to follow is to love. And whether that leads to Haiti or Hawaii the point is the One I am following, not where He takes me or what I do.

Today, I am back in America, and happy to report I avoided the mosquito bites, and Montezuma’s revenge. Physically, I returned unscathed, but my heart was sanctified and scarred in Haiti. The truths Eleanor spoke brought tears to my eyes; then and now. That Jesus wants me with Him, never ceases to amaze me. He has called us all to Himself, to be near by. And if that sends me to a desolate post like Haiti; so be it. What shape and character our calling takes will vary, but He summons us all the same. Jesus calls, “Follow Me.”

Note: This article is also published on the Official CCA website: http://calvarycca.org/helps/from-the-council/